this weekend was the bridal shower for a dear friend of mine. i begged the other bridesmaids to let me design some invitations for the shower and had a blast coming up with these guys. click here to see my inspiration board. my new favorite thing is mailing labels. what do you think? 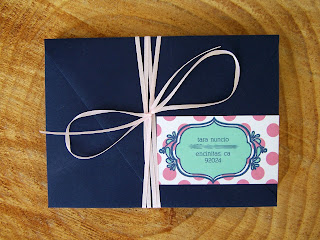 another fav: envelope liners. i can't decide between the two favs. it's like grape and cherry. (those of you who are brian regan fans know what i'm talking about!) 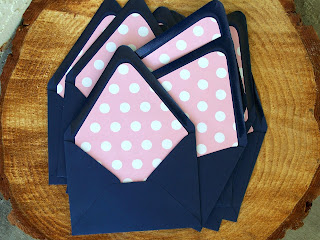 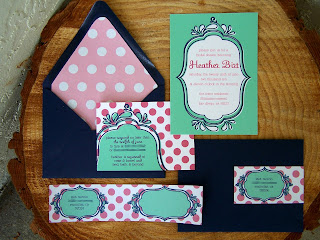 the shower was a success and i will be posting more about the day of crafts later this week.
Posted by tara at 7:58 PM 1 comment: Links to this post

the mini-bunting i made a little while ago was for one of my best friend's engagement session with Jackie Wonders, another one of my dear friends. she recently posted about the sesh on her blog and gave me a sweet mention. thanks Jackie! love you! 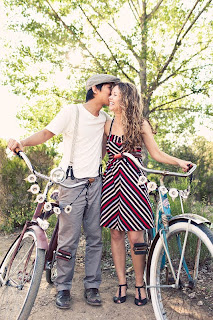 i just love these pictures so much! Heather and Aaron look so sweet together. i can't wait to see how amazing their wedding pictures are gonna turn out. i bet they will be breathtaking! 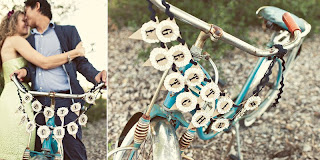 my mini-bunting looks WAYYYYYYY better when Jackie takes pictures of it. i guess that's why she's the professional. 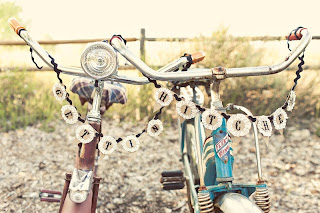 she also grabbed a shot of the save the dates i made for them, which also look way better through her lens! if i hadn't known her for 7 years i would totally be startstruck! 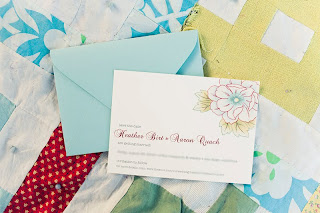 if you are ever interested in custom bunting for your engagement session or wedding i would totally LOVE to make it for you. it's one of my favorite things to do, ever.

here are my amateur sewing skills at their best! i recently checked out Sock and Glove from my local library and was instantly motivated to make as many little cuddly animals as possible. an attempt to make my own armadillo pattern had to be put to rest, but i might revive it later. this little guy is supposed to be a pig, but i am afraid it looks more like a zebra. is it just the striped glove i used, or does the actual shape resemble a zebra more than a pig? 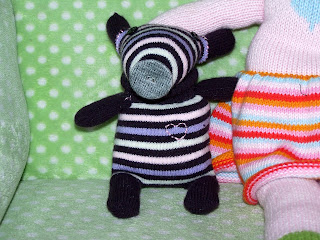 big A and little a taking over my job as photo stylist. apparently i was seriously lacking in my styling skills. 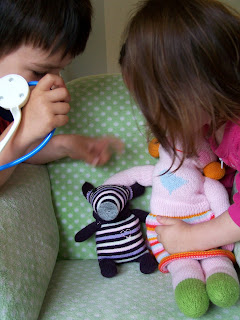 big A sneaking his way into the picture. he's so cute, i think i'll keep him in! 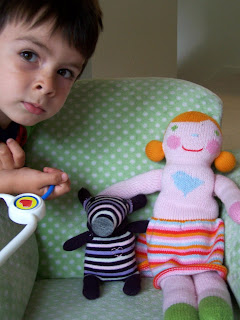 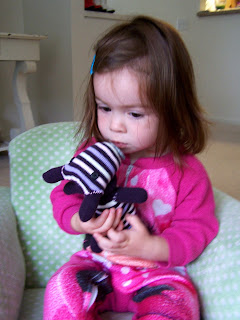 i guess it is a pig after all! 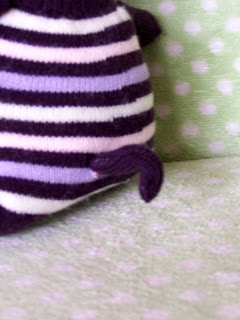 i have a bear in the works. and maybe a chipmunk. we'll see.
Posted by tara at 8:50 AM 4 comments: Links to this post

ever since i saw this post back around Christmas-time i've been TOTALLY addicted to bunting. that's why when my BFF told me was getting some engagement pictures done soon, i acted like the little kid in the back of the classroom raising her hand because she was busting at the seams with a question, asking if i could make some bunting for their photo sesh.
the whole idea was to make something that would be tied to the vintage bikes they'll be riding around. you now... like the "JUST MARRIED" bunting you see on the back of cars, only for the bikes. so this is what i came up with: 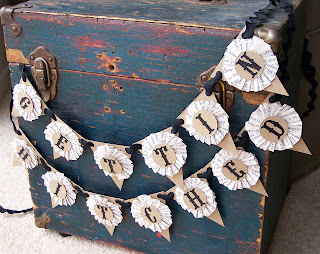 i love them so much i want to keep them. only, i'm already hitched! 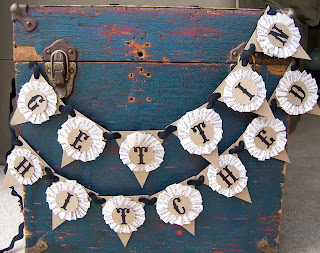 i used a cereal box, a book we NEVER read from our bookshelf, some hot glue, a little ric rac, and alphabet stickers. it took me about 2 hours, but it probably would have taken less with no interruptions. (they were good interruptions though, went to the pool & the beach!!) 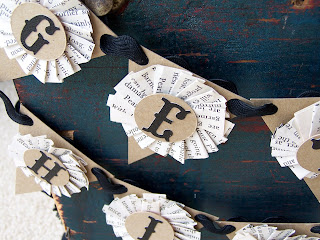 what do you think?
Posted by tara at 1:11 PM 6 comments: Links to this post